Writing from the well that never runs dry 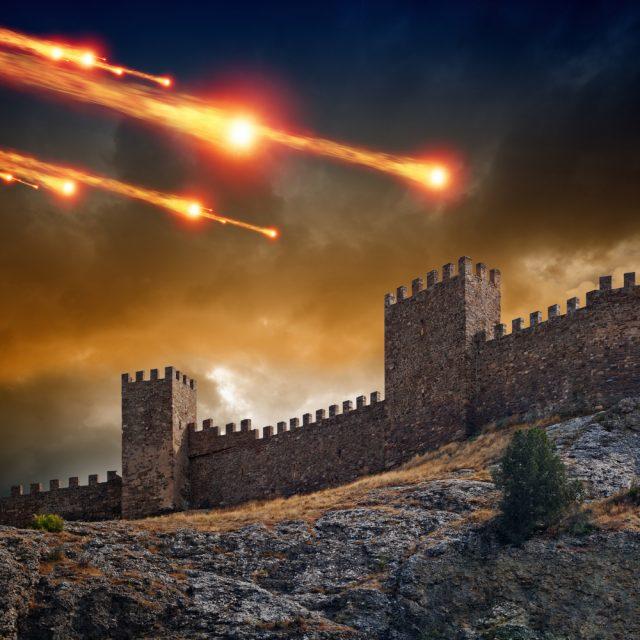 Certain words are guaranteed to put us on the defensive when an enemy fires them in our direction. Being labeled a racist or a terrorist can destroy someone’s life, regardless of the accuracy of the accusation. Even being described as close-minded can cause a person pain. But in a world where honoring our country’s founding fathers is considered a racist act by some, and where the term terrorist is applied by others to truckers protesting vaccine mandates, being close-minded might be the very defensive measure needed to survive the onslaught of verbal invasion.

Words are weapons. We shouldn’t allow anyone and everyone to hurl them at us in a constant barrage against our minds, will, and emotions. Words are powerful weapons, able to tear down entire civilizations. As Christians, as we prepare for increasing conflict in the world, there are three things I hope we keep in mind.

1. Pull up the draw bridge.

Recognize the battle raging around you and realize that it’s being fought with words. In our technological society, we have passed the Information Age and entered the Misinformation Age. Everyone has an agenda. Everyone has a platform. Everyone wants to capture your attention. Everyone wants to sway your opinion. Some speak words they sincerely believe to be truth, but are contrary to the truth God has already revealed to us. Some speak flat out lies. Their objective is to divide, deceive, and cause despair. If we do not pull back into the interior castle of our souls, pull up the draw bridge to our minds, and keep the invaders out, we will soon be overwhelmed and overrun. Don’t drink from the poisonous media stream. Don’t allow the enemy to have constant access to your time and attention. Be very selective about who and what you allow to enter through the gates of your eyes and ears.

There’s no need to go looking for a fight. The fight invariably comes looking for us. But there’s no need to retreat either. In 1 Corinthians 16:13, Paul tells us to be on guard, stand firm in the faith, be strong and courageous, and do everything in love. When the enemy’s fiery darts come flying at us, we must raise the shield of faith and stand our ground. It’s hard. Many good Christians walk on eggshells, afraid to be politically incorrect, reluctant to offend, silent in the fear that no matter what they say, someone will be offended. But when confronted with the words of relativism, we should be willing to stand on the truth that there is only one God. When pressed to submit to the redefinition of gender, we must stand on the truth that God made them male and female. When there are deliberate doses of doubt and fear in our daily news feed, we turn it off and stand on the truth that God commanded us to fear not. He is with us. He has promised to fight for us, to lead and guide us in the way we should go, and to never leave us nor forsake us. Run that news feed through your mind all day.

3. Speak the truth in love.

In the fourth chapter of Ephesians, Paul warns us against being tossed to and fro, carried away by stray doctrine. Is it just me, or does it feel like the whole world is being tossed to and fro, all of us sailing on incredibly stormy seas? But we are not to allow ourselves to be caught up in the world’s waves. We are Christians. In the midst of the wind and waves, we stand firmly on the Rock. We are not only to speak the truth, but to speak the truth in love, that we may grow into the likeness of Christ. Standing our ground isn’t about being argumentative or confrontational or condescending. It isn’t the place for pride or anger or outrage. Standing on the Rock means speaking the truth from a heart of compassion, a spirit of grace, and a place of forgiveness for the very ones who make our lives difficult.

Sometimes, pulling up our draw bridge and standing our ground, even done lovingly, will make people angry. But when they’re done being angry and they remember the firmness of our faith, our gentle contradiction may be the very confrontation with Truth God will use to change their lives. When we close our minds to the lies of the enemy and open our hearts to the truth of God’s Word and His ways, then the peace of God, which passes all understanding, will keep our hearts and minds through Christ Jesus. And then we will be able to claim the victory, even in the midst of the conflict.